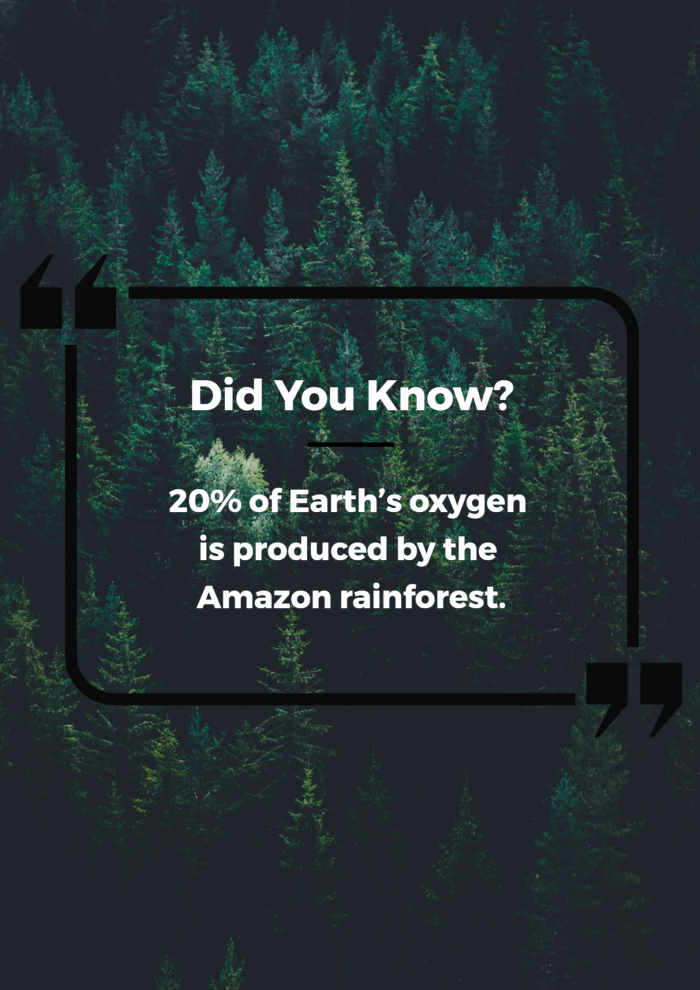 It used to be thought that the rainforests produced a lot of the Earth’s oxygen but this view has now changed.

Rainforests are forests characterized by high and continuous rainfall, with annual rainfall in the case of tropical rainforests between 2.5 and 4.5 metres (98 and 177 in), and definitions varying by region for temperate rainforests. The monsoon trough, alternatively known as the intertropical convergence zone, plays a significant role in creating the climatic conditions necessary for the Earth’s tropical rainforests: which are distinct from monsoonal areas of seasonal tropical forest.

Estimates vary from 40% to 75% of all biotic species are indigenous to the rainforests. There may be many millions of species of plants, insects and microorganisms still undiscovered in tropical rainforests. Tropical rainforests have been called the “jewels of the Earth” and the “world’s largest pharmacy”, because over one quarter of natural medicines have been discovered there. Rainforests are also responsible for 28% of the world’s oxygen turnover, sometimes misnamed oxygen production, processing it through photosynthesis from carbon dioxide and consuming it through respiration.

The undergrowth in some areas of a rainforest can be restricted by poor penetration of sunlight to ground level. If the leaf canopy is destroyed or thinned, the ground beneath is soon colonized by a dense, tangled growth of vines, shrubs and small trees, called a jungle. The term jungle is also sometimes applied to tropical rainforests generally.

Rainforests as well as endemic rainforest species are rapidly disappearing due to deforestation, the resulting habitat loss and pollution of the atmosphere.
Curated from https://en.wikipedia.org/wiki/Rainforest